The Crown Jewell of Dancesport 2021 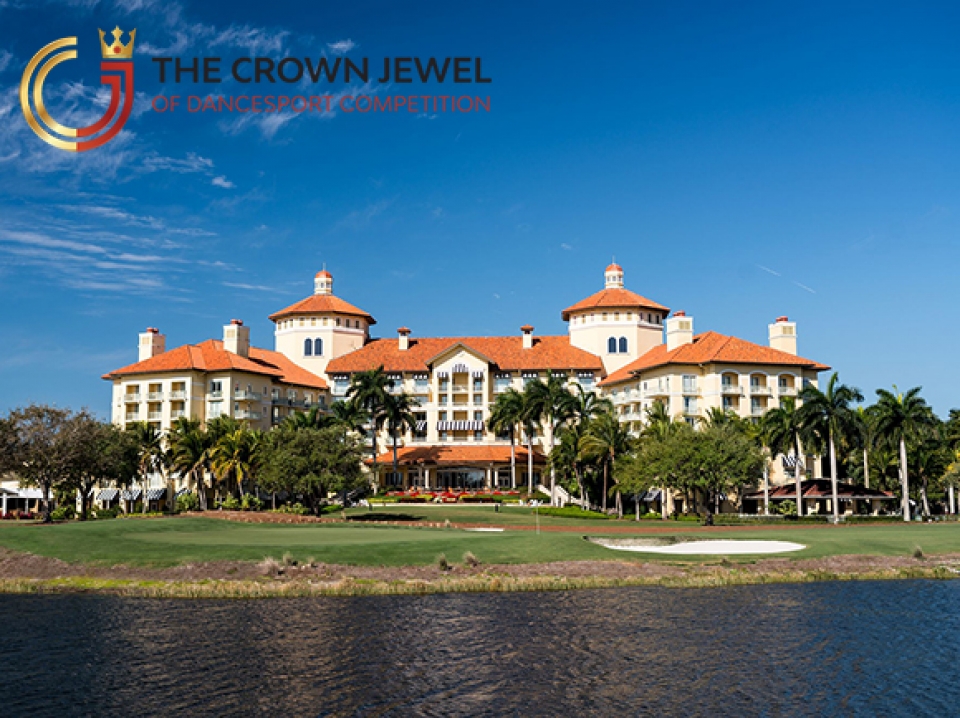 A Jewel of a Tribute to Mary Gill

The last night at the Crown Jewel was filled with fabulous dancing and all couples in all styles delivered, but one of the main features of this night was to pay tribute to a lady of dance who is no longer with us, Mrs. Mary Gill. Her daughter and a current competitor in the pro-am divisions, presented the “Mary Gill Grand Championship” in her mother’s name.

View the embedded image gallery online at:
https://www.dancebeat.com/m-blogs-en/item/1928-crownjewell21?tmpl=component&print=1#sigProId1a32e4abf4
We will discuss how all the champions fared in this Grand Championship, but first we should go over the fantastic professional events ran this evening. As we mentioned, all events were of excellent quality with great dancing, but the most interesting of all for us was the professional Latin where Andrei Kazlouski & Asta Sigvaldadottir won with first place in all dances and with the majority of firsts from the judges in all dances. We felt they gave a compelling performance and for us were easily crowned the winners of all dances, but there were a few judges that dissented from that decision: Marianne Nicole who awarded them first in the Rumba and second in the remaining dances. The other judge to join Marianne was Colin Hillary who awarded them first in the paso doble and jive and second in the other three dances. We must also point out that they nearly got perfect scores in the R,P,J missing only a first from one of those two judges mentioned.
View the embedded image gallery online at:
https://www.dancebeat.com/m-blogs-en/item/1928-crownjewell21?tmpl=component&print=1#sigProIdd49c55c387
Second in all dances went to Artur Tarnavskyy & Anastasia Danilova who also gave an excellent performance, however, in our opinion and taste they lack the earthiness of Andrei & Asta an element that we still consider part of Latin American dancing at its best. This totally is an element in the music we played for this style. Nikolai Tarasov & Sara Nolan took third place overall 4,3,4,3,3 reversing their position from the night before in the Rising Star where they placed second to Andreiy & Amanda Besyedin who tonight scored 3,4,3,4,4. We totally enjoyed both couples’ performances and as with the top two, it perhaps was decided by a matter of taste. Nikolai & Sara, for us, have a subtlety of movement that you have to really pay attention to in order to enjoy while, Andreiy & Amanda tend to have a lot more powerful style of dance. Fifth place went to Dmitriy Pugachev & Angelina Evseeva 6,5,5,5,5; Aleksei Alekseev & Ekaterina Derevleva placed sixth 5,6,6,6,6 and seventh place was awarded to Dylan Jenkins & Nora Maria Garcia who took seventh place in all dances.
View the embedded image gallery online at:
https://www.dancebeat.com/m-blogs-en/item/1928-crownjewell21?tmpl=component&print=1#sigProId1f3fee932b
It was an easy walk in the park for Rudy Homm & Katia Kanevskaya who won all dances in the Open Professional Ballroom with perfect scores from all judges, apparently they seduced the audience and the judges with their classic style. The competition here for us was for second position and here Gianni Caliandro & Arianna Esposito won the contest by placing second in all dances. However, looking at the marks it was not as clear a run as it sounds. A number of judges awarded them third and even a few fourths on their score card. For us it could have gone anywhere between them and Marek Klepadlo & Nina who placed third overall 3,5,3,4,3, but this perhaps was not the best performance for Marek & Nina who perhaps require a bigger floor for their performance. I totally have seen this couple excel in prior events and this was not one of them. Gianni & Arianna on the other hand were very consistent throughout the night and every round. Luca Balestra & Krizia Balestra were 4th, 4,3,4,3,4; fifth place, Nazar Batih & Mariko Cantley 5,4,5,5,5, leaving sixth place in all dances to Aleksandr Skriptsov & Aida Skriptsova.
View the embedded image gallery online at:
https://www.dancebeat.com/m-blogs-en/item/1928-crownjewell21?tmpl=component&print=1#sigProId5f564faf41
Nikolai & Sarika Pilipenchuk won the Open Professional Smooth in our opinion quite easily as well with the majority of firsts from the judges. Valodymyr Barabash & Yulia Rudenko took second in all dances and we have to say that Valodymyr is perhaps one of the best male dancers today with tremendous potential, making this a couple to watch in the coming years. Third overall was awarded to Dima Pohybil & Allie Kushnir 3,4,4,3; fourth was awarded to Artem Merenkov & Valeria Vasilchenko 4,3,3,4. Fifth place went to Mykhailo Azarov & Anastasia 5,5,5,6 and Christian Lightner & Kia Kenney were sixth 6,6,6,5.
View the embedded image gallery online at:
https://www.dancebeat.com/m-blogs-en/item/1928-crownjewell21?tmpl=component&print=1#sigProIdf0910c5c28
When it came to the Grand Championship, awarded by Miss. Linda Gill, the overall winners were Shane & Shannon Jensen who represented the professional Theatre Arts category with a faultless performance. Andrei Kazlouski & Asta Sigvaldadottir took second with a dynamic Jive. Rudy Homm & Katia Kanevskaya took third with a tango. Shane & Shannon Jensen were fifth also but this time representing the Rhythm Category due to the fact that Andrei & Natalie Parmonov who won this category could not be present. And fifth in this Grand Championship went to Nikolai & Sarika Pilipenchuk
View the embedded image gallery online at:
https://www.dancebeat.com/m-blogs-en/item/1928-crownjewell21?tmpl=component&print=1#sigProIdaac45502ac
Two Lifetime Achievement awards were given during the evening, both to high-profile pro-am competitors who have contributed much to the world of competitive ballroom dance. Congratulations to Mary Coombes and Linda Gill!
View the embedded image gallery online at:
https://www.dancebeat.com/m-blogs-en/item/1928-crownjewell21?tmpl=component&print=1#sigProIdc97de368c3
We have to say that the organizers really went out of their way to make us all comfortable as well as entertained, especially on this last Gala evening. The dinner started with a champagne cocktail party with a violinist and when people walked into the ballroom they saw a dancer in a cocktail glass. This was followed by a performer in a giant hula hoop. One of the organizers, Iveta, performed a modern ballet partnered by Cole Mills, to an original composition played live in the ballroom on violin and piano. It was an excellent choice in entertainment to compliment the packed evening of dance.

Congratulations to Gherman Mustuck & Iveta Lukosuite for making this a wonderful event for many to attend.

This was the perfect location to celebrate and dance and as it turned out, a major step in our industry and in the USA in general today.

That is, if you are fully “vaccinated” you no longer have to wear mask indoors or outdoors according the CDC, welcome news for many that wanted to dance but were not able to due to the mask requirements in many regions of the country and in some hotels even while dancing. We at Dance Beat urge everyone to still take caution, this pandemic is not over, but we hope to see more people join the many competitions opening up all over the country and dance, dance, dance!

Dance, dance, and more dance is what we saw here at the Crown Jewell last night and over the last couple of days in the beautiful setting of the Ritz Carlton, Naples, FL and with some simple but beautifully decorations in the ballroom.

View the embedded image gallery online at:
https://www.dancebeat.com/m-blogs-en/item/1928-crownjewell21?tmpl=component&print=1#sigProIdd148aad703
Last night started with a bang with three very capable couples taking to the floor for the Open Professional Theater Arts. The winners were Shane and Shannon Jensen with a perfect-score routine taking first from all judges, and we have to totally agree, their performance was effortless with perfect intros, exits, and lifts that were magical. Second was another very strong contender with some amazing work and very difficult material. However, they seemed to be putting a little too much effort in some of their work, nevertheless, they did a great job overall capturing all second places. This was Clifton & Mar Sepulveda. Third from all judges went to Jay Holmes & Violeta Monroe.

The Open Professional Show Dances were also terrific and gave Shane & Shannon Jensen their second win of the night but this time without perfect scores on their card, Giampiero Giannico awarded them a 5th place mark in this routine, and Larry Dean gave them a second. In a strange way we totally agree with the result but in defense of the dissenting judges, perhaps their routine was a little lost in translation, for us the elements and presentation were great and faultless but perhaps lacked any kind of story. On this outing second went to Gonzalo Paves & Daniela Moreno with an Argentine tango, third were Christian Lightner & Kia Kenny with what seemed to simulate an Ice dancing couple. Fifth was nearly a tie between Antonio Nunes & Oxana Kashmina with (25 points) and Alexey & Ksenia Grinev with (26 Points), in the end Antonio & Oxana should have been fourth but were given a penalty for having props and so they ended up in fifth place with, Alexey & Ksenia placing fourth.

View the embedded image gallery online at:
https://www.dancebeat.com/m-blogs-en/item/1928-crownjewell21?tmpl=component&print=1#sigProId72a112253c
The Professional Rhythm was quite populated with a full semifinal round of competition. Here Andre & Natalie Paramonov won the Rhythm with a full majority of firsts in all the dances. Andre & Natalie for us danced quite unchallenged and they managed to get the crowd going everywhere they went. Second was awarded to Shane & Shannon Jensen placing second in all dances and here they also managed to capture the majority of seconds from the judges. From where we stood there was a little challenge from the couple that placed third overall when it came to having a little more soul in this category and they were Riccardo Pappi & Sabrina Moretti. However, to be fair we must point out that when it comes to clean work, Shane & Shannon were above Riccardo & Sabrina who took this scores 3,4,3,3,3. Fourth place went to Sergio Sanchesz & Tetiana Lutsenko 4,3,4,4,4; fifth was awarded to Antonio Nunes & Oxana Kashmina 5,5,5,6,5 and sixth was awarded to Nicholas Rodriguez & Paulina 6,6,6,5,6.
View the embedded image gallery online at:
https://www.dancebeat.com/m-blogs-en/item/1928-crownjewell21?tmpl=component&print=1#sigProIdcfed9b1da2
There were two rising star events this evening the Rising Star Professional Smooth and that was awarded to Volodymyr Barabash & Yulia Rudenko, and the Professional Rising Star Latin and that went to Andriy Besyedin & Amanda Besedin. On Friday night we saw the other RS events. Winning the Ballroom were Mirko Spano & Pamela Romano and in the Rhythm Sergio Sanchesz & Tetiana Lutsenko were the victors. To close last night there was a RS winners dance off and the Besyadins were the winners.
View the embedded image gallery online at:
https://www.dancebeat.com/m-blogs-en/item/1928-crownjewell21?tmpl=component&print=1#sigProId51a8f6dbff
Friday night was the birthday of the one and only “Gumada” Marianne Nicole and we celebrated with what else – a leopard print cake!